Making steps towards publishing the novel. Had a good talk with a self-publishing company in the UK to discuss my options. And I've got a title, 'A Hornets' Nest'. Thinking about that apostrophe there ...
Posted by Unknown at 7:23 PM No comments:

Audio / Video - The Neanderthal in me 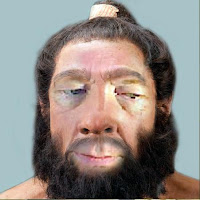 Busy weekend! Here is an audio recording of a short story I wrote about one of my interests, Neanderthals. The photo, by the way, is actually me, with my features morphed into those of a Neanderthal. This is something you can get done at the Natural History Museum in Vienna. Very good fun!
Posted by Unknown at 12:39 PM No comments:

On my Facebook page you can see a short film (4 mins 30) that I made explaining - not too seriously - my view on how companies work. I hope you enjoy it!

Well, little by little I inch closer to my goal. I've been doing a lot of work over the holidays tightening up the text and ironing out inconsistencies. To my horror I discovered that I'd got my time-line wrong and Celia was taking Jeremy to the Oktoberfest when it would be closed.

I've also being researching e-publishing and other such topics which I will have to get my head around soon. But the most alarming part of my research was when I realised that I'm about 20,000 words outside the standard length for this kind of novel which is ca 80,000 words!

I need to think hard about this. Do I add in more content, or do I just decide it should be a short novel?

Some thinking necessary. Any thoughts from you welcome.
Posted by Unknown at 4:30 PM No comments:

As promised, here is Chapter 37. Only one more chapter after this one, stay with me!

The story so far ... Jeremy Fisk has proved to be the keystone to the UN embargo breaking carried out by British companies during the war in Croatia. He has stolen all the evidence collected by Celia and Franz and left Celia to be killed by his accomplice, Morpheus Herman, who will make it look like a suicide.

Celia manages to take advantage of a distraction to escape from the store room at the Oktoberfest where she is being kept, but in her semi-drugged condition, will she be able to flee from Morpheus?

Chapter 37 – The hunt
“Nothing!” said Max to his father when they met at the agreed time in front of  one of the fairground rides. They’d split up when they arrived at the Oktoberfest and searched the main tents separately, looking for Celia.
“And she hasn’t gone back home either. I just phoned Tante Ilse and Arnold,” said Franz.  “Let’s try the Oide Wiesn section next. Where is it exactly?”
“Under the Big Wheel. Come to think of it, it wouldn’t be a bad place to meet somebody, it’s quieter than the main area.”
“Come on then!”
**************************************************
The cool air outside the store room was almost like a slap in the face for Celia and increased the dizziness that the drug in her beer had caused, making it hard to move in a straight line. Once she fell, only the adrenaline got her up again.
She realized that the storeroom she’d been in was somewhat away from the central area of the Wiesn and there was a stretch of ground she had to cover before she could merge with the crowds. Even then, she didn’t dare stop and ask just anybody for help. Morpheus would not necessarily hold back from completing his task, just because there were people around him. She needed the police, but they were mostly by the exits and entrances.
**************************************************
Morpheus was angry. Fooled into talking about himself and then being caught off-guard in that way! By a woman! It was another example of how he was falling to pieces. The drugs he took to dull the constant pain from the cancerous clusters nesting in his chest were slowing him down mentally and physically. Ah well, not much longer, but before he went he was going to get this job done. He always did his job. He set off after Celia as she ran towards the crowds.
****************************************************
Franz swore. The path towards the Big Wheel was blocked by people waiting to see the different brewery wagons pulled by enormous cart horses go down the main thoroughfare.
“’schuldigen … ‘schuldigen … muss durch … muss durch!”
Max pushed his way through, pulling his father after him to the front of the crowd where their path was blocked by barriers.
“Please, let us across,” begged Max to a nearby policeman walking down the line. “We’re looking for my mother!”
“You’ll have to wait, sonny. Won’t be long.”
**************************************************
The crowds were much denser now and Celia had to push and barge her way forwards. People swore at her and pushed back, but she was beyond caring.  Looking over her shoulder from time to time she could see Morpheus’s pale face bobbing along behind her, gradually gaining ground.
*****************************************************
There she was again! He thought he’d lost her but then Morpheus caught sight of her pink dirndl again, slightly to his right. He followed doggedly after, ignoring the pain which had changed to sharp stabs in his lungs, making each breath feel as if he were breathing in glass needles.
*****************************************************
The crowds clapped and cheered as the first wagon trundled by, the huge horses tossing their heads and snorting so that their decorations clinked and their ribbons shook. In the crowds on the other side, Franz gradually became aware of some sort of commotion, with people shouting at somebody as if a fight was taking place. And then he saw Celia ploughing forward, red in the face, hair disheveled and eyes desperate. He clambered over his barrier, ran to her side, grabbed her arms and started pulling her over towards him.
“Hey, was macht ihr da?” a policeman further up the line shouted.
“Morfeus is behind me, he’s got a gun, he’s got a gun!” Celia gabbled. She toppled over the barrier on top of Franz and they fell to the ground. He jumped up pulling her with him, but she could only cling to his neck as her legs gave way beneath her. He wrapped his arm around her waist and started dragging her towards the other side, aware of police moving towards them but also of another wagon approaching.
******************************************************
Morpheus made it over the barrier with nearly his last strength. There they were, the two people who’d managed to destroy his friendship with Ivan Kaiec, the only thing he had left in his life. He felt a rush of hate so powerful it drove everything else aside. He raised his gun with a wavering hand and squeezed the trigger at the exact moment they tripped over each other’s feet and collapsed to the ground again. He thought for a moment he must have hit one of them because there was a terrible scream of pain, then realized it must have been something else, it was too loud. He moved forward to finish the job, just as Celia and Franz started rolling towards the side. His focus was so complete he never registered the panicked horses bolting towards him, blood from his bullet streaming down one animal’s flank. He was knocked over and his chest and skull crushed by iron hooves as the frantic coachman tried helplessly to get them under control again.
******************************************************
The police, almost as terrified as the horses, dragged Celia and Franz to their feet and started shouting. Both of them were incoherent with shock, the wagon wheels had so nearly crushed them too.  It was only Max who was able to explain to the police what had been happening.
“The airport, Max!” said Celia eventually. “Fisk has got all the material, they mustn’t let him get away!” Then she felt dizzy again and collapsed for the last time that day.
Posted by Unknown at 8:48 AM 1 comment:

How disgraceful, April 19 was when I posted my last chapter! And I left poor Celia all that time locked up with the bad guys ... I can't imagine she'll ever forgive me. I hope to post again before 10 November.

The story so far ... Celia meets up with Jeremy Fisk at the Oktoberfest and shows him the material she and Franz have collected concerning Ned's investigations into the British government's involvement in arms smuggling to Croatia during the independence war in '94-95. Jeremy tells her he has somebody who will publish her claims and they arrange to go to meet him. As Celia stands up she feels very dizzy and confused and Jeremy is able to take her with no resistance to a small storeroom where they are joined by Morpheus Herman. But what is Jeremy's connection with Morpheus? 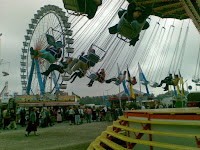 You can listen to what happens when Celia goes to the Oktoberfest if you click here!
Posted by Unknown at 6:23 PM 2 comments:

The story takes place in 2011 and centres on CeliaThomas who lives in with her husband and son, and works as an art restorer. Sixteen years earlier in 1995, her brother Ned Atkinson, a British journalist, was killed in the civil war in Bosnia Herzegovina. At the time she didn’t have any doubts about the circumstances of his death, but on a business trip to , organized by Colonel Ivan Kaiec, a former Croatian soldier now turned successful businessman, Celia becomes convinced that Ned is still alive. When she starts to investigate, she stirs up a lot of trouble for both herself and other people. Attempts are made to assassinate Celia and to destroy the evidence that she uncovers. This evidence shows high level collaboration on illegal arms deals made between British and Croatian government officials in the 90s which indirectly supported ethnic cleansing.

Celia is able to enlist helpers to her investigation, but not everybody is as friendly as they seem…. 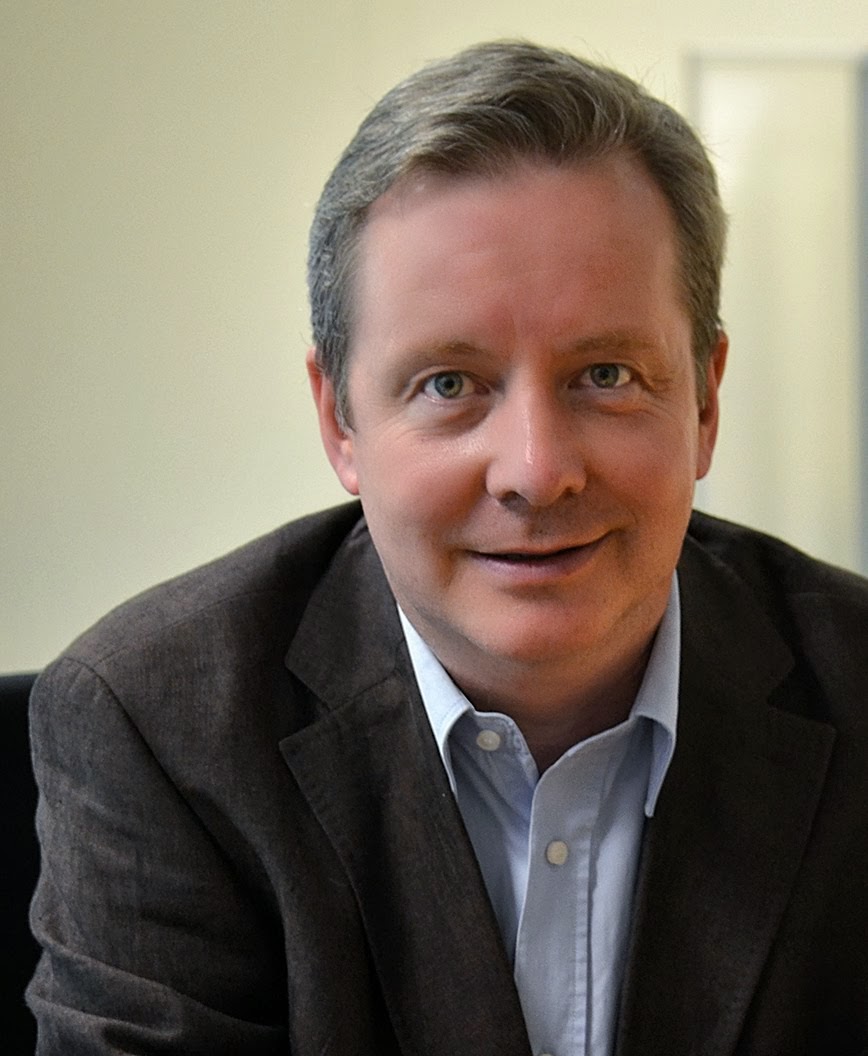